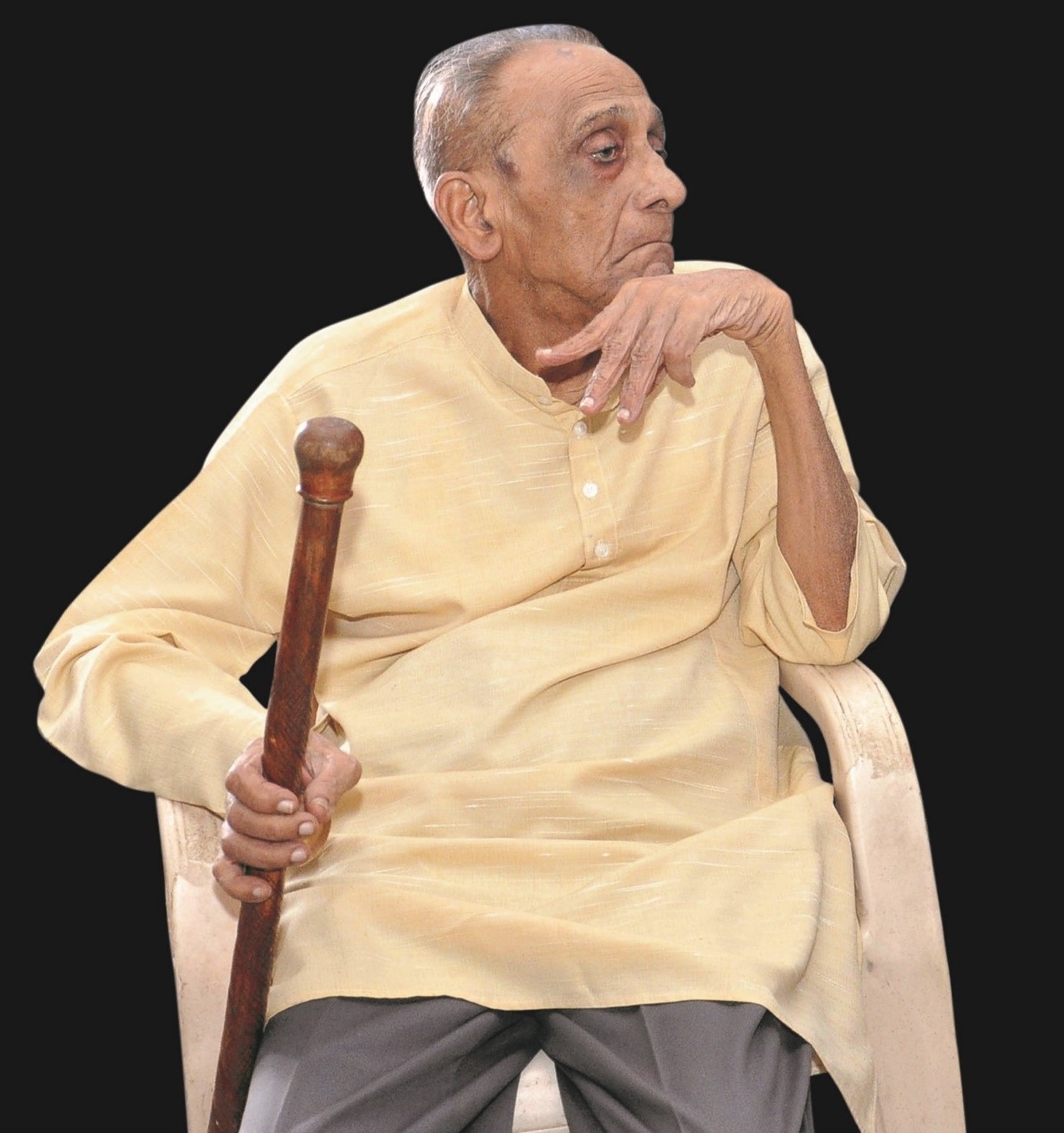 Narayan Panditji hails from Gokarna of Uttara Kannada District. Born on 23-6-1930 to an illustrious Carnatic violin maestro Sri Vighneshwara Pandit Shastri ( A disciple of Fiddle Krishna Rao of Mangalore), had an early training in carnatic violin from his father. He moved further  to Lahore to learn Hindustani violin. Later joined Pt. B R Deodhar’s  School of Indian Music as a teacher in Hindustani Violin. He lived with the veteran Kumar Gandharvji for more than thirty years at Dewas. He learnt ragas, compositions and Nirgunis from this great Guru. He had an hearty acquaintance  with the old masters such as Bade Gulam Ali Khan , Pt. Bhimsen Joshi, Pt. Ravishankar, Kishori tai and a host of others. He served as a lawyer at Mumbai High Court for three decades. He got married to Savitha at the age of 25. He had no children.

Panditji gave H- violin concerts all over India. He had given a Republic day concert in front of Dr. S. Radhakrishnan. He was an A- graded artiste of AIR. Not only was he adept in violin, he was an equally competent music composer and has composed bandishes with themes, quite refreshing and new to the conventional Khyal gayan. He has written a valuable book on Violin and violin playing in Marathi.

Narayan Panditji had a cruel attack of Spondilitis and paralysis at his 55-60.This compelled him to contemplate much of his time for composing bandishes. He has composed about 200 bandishes. Dr. Sharada Bhat Dharwad, his disciple, was the first to compile about 150 of them, in Kannada -Abhinava bhava Bandish of Sri Narayan Panditji (2009) through Prasaranga,  Karnataka University, Dharwad. Nadapiya was his signature available in most of his compositions. He spent his last days at Sneha Kunj hospital, at Honnavar. He died on 13th October, 2017.

Panditji came to Lathangi house in 2006, at Udupi,  where he listened to the young Carnatic vocalist Ranjani Hebbar, daughter of Prof.V. Aravinda Hebbar. “This is the original (javvuri) voice which I was in search of all these days ; this is 200 years old! “, he declared  with exclamation, after  listening to her  raga Kharaharapriya. He stayed with her for some years and taught some of his compositions along with the secrets  of achieving ‘sur’ in music. It is unfortunate that, Ranjani succumbed to cancer at her 30, before she could strike the Carnatic Music field as a star.

Ranjani Memorial Trust, Udupi is an organization in memory of Carnatic vocalist Late Smt. Ranjani Hebbar, dedicated to promote the young talents in Indian Music since 2014. It  has nurtured many talented musicians in Carnatic field and also has given scholarships and incentives to quite a few. Popularising Daasa songs, guiding and helping the deserving needy young musicians, building archives and library, educating the public to appreciate Indian Music, research and publications (such as Keertanas of Karnataka book,2018) are its main objectives. It has no further interest other than propagation of Indian Music. As a rich tribute from RMT, to this enlightened soul, here we have attempted, to upload 50 of Sri Narayan Paditji’s bandishes sung, at its  first phase, by Shrimatidevi,